LeydenJar’s patented silicon anode foil increases battery energy density by 70%, and will be available for consumer electronics applications in 2023

LeydenJar’s batteries containing 100% pure silicon anodes will be available at the CES Las Vegas from January 5 -8, 2023. The Dutch start-up developed the anode foil which increases the battery energy density by 70%. This enables batteries to be smaller and more powerful. Additionally, the use of silicon in batteries decreases the environmental impact of anode production by 85%. LeydenJar announced collaborations with BMW and Varta in November (see here) and finalized the funding for their 100 MWh commercial production facility in December (see here). In 2023, the silicon anodes will be available to companies working in the consumer electronics industry, to demonstrate the benefits of silicon anodes to drones, wearables, laptops and phones.

LeydenJar has been awarded a CES 2023 Innovation Award for its pure silicon anodes. At CES 2023, LeydenJar will be part of the Dutch Scale Up pavilion NEXT LEVEL, booth 55332, hosting the fastest-growing companies in the Dutch technology ecosystem. LeydenJar will meet with battery R&D, product development and executive team members of consumer electronic producers and battery manufacturers to discuss development projects. Ewout Lubberman, Head of Product: “The presence of the entire consumer electronics industry at CES 2023 will provide us with the key opportunity to demonstrate the benefits of our silicon anode. The timing is perfect, as we recently finalized our plan for our Plant One and are ready to discuss orders.”

The secret of the unique and patented technology lies in its nano-porous structure made of pure silicon, which can hold 10 times the amount of Lithium ions as compared to conventional graphite anodes. LeydenJar produces its silicon anode foil in Eindhoven, The Netherlands, using a plasma-based deposition process acquired from the PV industry. The silicon anodes increase energy density by 70%, lowers carbon emissions by 85% and holds fast charging capabilities. The anode foil can be directly integrated in current battery Gigafactories and eliminates the use of energy-intensive production processes. The anodes have been manufactured in large format pouch cells in 2022 for LeydenJar’s first customers. In 2023, LeydenJar will strengthen its current relationship with cell manufacturers to increase the number of batteries containing silicon anodes. A release of the product portfolio can be expected mid-2023.

About LeydenJar
LeydenJar Technologies has developed a battery technology 100% based on silicon anodes. These are produced through a process of plasma deposition. The patented battery and production technologies are being developed together with LeydenJar’s clients in, amongst others, the automotive and consumer electronics sectors. LeydenJar was founded in 2016 as a spin-off of Dutch independent research organization TNO and has raised >$70M of funding. The company has a production facility in Eindhoven and a battery lab in Leiden, The Netherlands.

Please contact ta@leyden-jar.com to schedule an appointment and see LeydenJar’s battery first-hand before or during CES 2023, booth 55332 in Hall A/C. Access the LeydenJar press kit here. 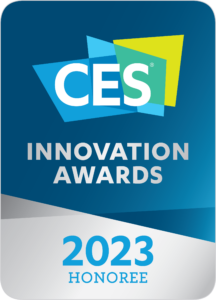